Andrew's not on tour right now. Andrew Barnett has established himself as a crowd favourite in Comedy clubs across Australia and New Zealand. He is an award-winning comedian who has written and performed for television and radio. Known as Barney to the audiences of Fox Sports, he is the co-host of The Night Watchmen on Fox Cricket and The Professor’s Late Hit on Fox League he also makes regular appearances on Sunday Nights with Matty Johns.

As a stand-up, Andrew has a relaxed style which belies a razor-sharp wit. He has performed sold-out shows at Festivals across Australia. 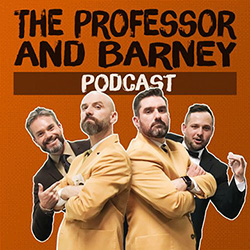