Diana's not on tour right now. 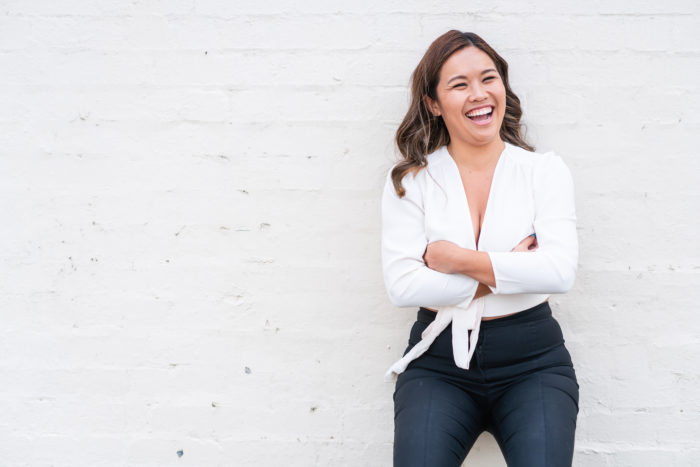 Diana Nguyen is an actor, comedian and a dancer influencer on Linkedin with over 68k followers. Yes 68k on Linkedin, and she isn’t even a professional dancer. But she is #JoyFool dancer who has spoken at conferences around the world including her first TedTalk in 2020 called Joy is my Caffeine – JoyFool.

Professionally Diana is a standup comedian and actor who has performed at Comedy Festivals around Australia, including Melbourne International Comedy Festival, Edinburgh and Los Angeles with shows including Phi and Me (4.5 stars Herald Sun), Naked (4.95 Stars Australia Times) and Diry Diana (4 stars Be Melbourne).

She has appeared guest panellists on The Project, QandA, Friday Front Bar and Fox Footy. Her acting CV work include How to stay married, Fat Pizza, Please Like Me, Jack Irish, Underbelly and other 20 seconds roles.

She is also the co-creator of the first ever Vietnamese Australian family comedy webseries called Phi and Me TV – 5 episodes on www.phiandme.tv celebrating Vietnamese refugee migration to Australia and the hilarious trials of intergenerational family love. The Age called it the Top 5 shows to watch in June 2019. Phi and Me TV has won awards for best writing (New Zealand), best ensemble (Utah Webfest) and best supporting actress (Sicily Webfest) in webfestivals all around the world.

Diana writing credits include Phi and Me, a commission by Melbourne Theatre Company co-adaption with Petra Kalive for Alice Pung’s Book ‘Laurinda’ and celebrated short story, 5 ways to disappoint your Vietnamese mother, in Alice Pung’s book Growing up Asian in Australia.